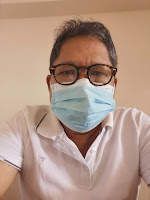 I always dreamed of being a writer, of stories. At my age now, it remains a dream with nowhere a fruition in sight. At times I attempted to doing it, but I was dumbfounded with the prospect of so many variables to consider in writing, even a short one. Added to it is the luxury of time to do it given the fact that I was so busy, and still am, with the very important business, of living.

Knowing for a fact that a story must have to be formulated around the important elements of setting, character, plot, conflict and theme and not even mentioning some garnishings of tone, style and point-of-view, I hesitated countless of times when I was about to do it, until I surrendered desperately.

For instance, pondering upon a principal character, who must be a male, since I am a male. What must be the trait of this male character so that someday even without much effort, a beautiful, kind, and rich lady could fall in love with him? Is he poor or rich? Is he intelligent or dull? Is he unkempt or self-consciously clean? Had he undergone a traumatic, or an uneventful but happy family living condition?

In my contemplation, I almost entertained and welcomed a poor but hardworking male of a rags-to-riches kind, but I realized it is so familiar a character. Also, in consideration, I imagined a rich male getting poor, highlighting his coping mechanism of a sudden status change. But it too, I dismissed being too much of a mainstream.

I really had to start somewhere. Must my character be one born out of petri dish which was injected to a surrogate mother? Or one coming from the outside world charged into earth to conquer it, in a sci-fi setting?

Once I decided a character, a question would then confront me: Would I be able to sustain the story until the end? And to this I admit I would succumb. Why? Because even for this piece, I am already tired of thinking where do I go from here?

Popular posts from this blog 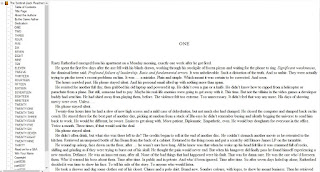 My first foray into paperback reading was when I had my college summer classes at CMC Kidapawan. During those times, except attending to my classes and helping on the household chores of my auntie Maria, I had plenty of vacant time, so it was kind of boring. I remained bored to death until I got hold of a paperback owned by my aunt. It was an old John Grisham novel I uninterestingly picked up at the shelves of my aunt's room. I glimpsed at the flipside of the cover at first without any intention of reading it. I grudgingly flipped every page with all the intention of returning it to the shelves afterwards, barely reading its contents. Black printed letters on a white paper was so unappealing to me. When I reached the middle of the book, I decided to read a little. I came across the portion where the author described a woman of interest of the main character. It struck me how printed words could enable the reader's mind to imagine and picture vividly a person, a place or a situa
Read more 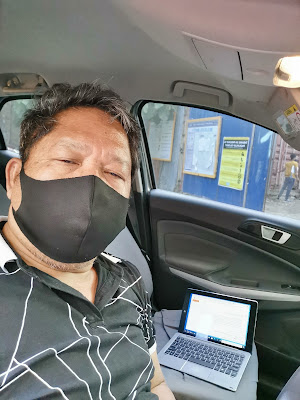 These online classes pose as a great challenge to every one of us teachers who are suddenly far from our physical school classrooms but conducting classes in front of our computers. We have laptops and desktops to hold on to continue with our jobs to give proper education to our students. Learning  the new tools of our job as well as adjusting to the various concerns of our students enable us to keep on our toes and be abreast with the trends of our online classes. One particular thing in online classes is that you have to be on your keyboard at the scheduled time of your class. When you are at home conducting classes, your only problem is sleepiness. It's so comfortable to lie down on your bed but get up the moment your schedule is nearing. What if you succumb to your sleepiness and slumber your way to dreamland? When you're out of your house and be somewhere like attending to clients or having a meeting with colleagues, it is so handy to bring with you a l
Read more 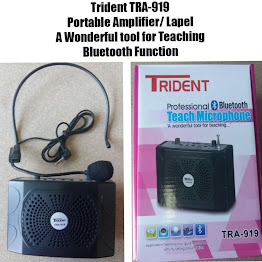 I started teaching with only the books and class records in tow for several years. I observed other members of the faculty crisscrossing on my way on the hallways wearing microphone headset with small amplifier which they would carry with them along with their books. I started to wonder why they would bring tools to enhance their voices in their classes since upon talking with them personally, I observed they are gifted with modulated voices and there was no need for them for their voices enhanced. Out of curiosity, I asked where to buy the lapel and eventually bought one for myself. At first I used them occasionally because I didn't like the bulky feeling of carrying the lapel as well as the microphone with it in my classes. I noticed eventually that when I used the lapel, I felt relaxed after I finished my classes in a day. A far cry from when I didn't use it then that I felt so weary. I also noticed that I didn't have to raise my voice in the class when
Read more